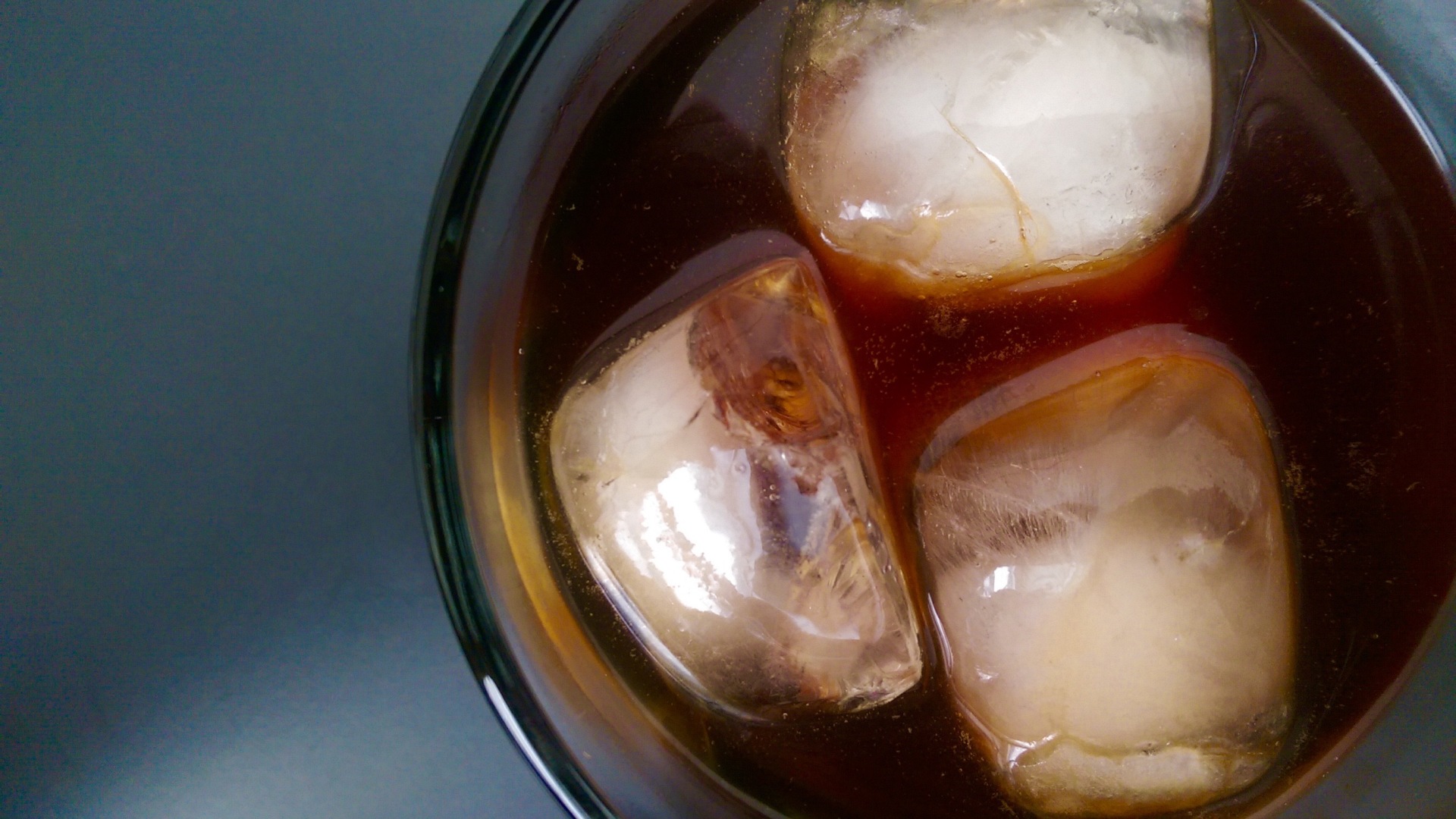 Despite the continuing love for all things coffee and Mexican food in current food trends, café de olla, or clay pot coffee, has failed to take hold in the American food consciousness, even with Epicurious, and Bon Appétit (and myself) publishing recipes for this lightly sweetened and spiced coffee, it seems Starbucks won’t be shilling overpriced café de olla anytime soon.

Frequently brewed in a clay pot, which imparts not only imparts its own particular flavor but also absorbs the scent of the coffee and spices over time, cafe de olla is lightly sweetened with piloncillo, or panela, hard unrefined sugar cones or bars, and spiced with cinnamon. My own version also includes orange peel, and allspice, which can easily be substituted with star anise or cloves as desired.

This cold brew café de olla recipe splits the water quantity before brewing, using only half to sweeten and infuse the water, then adding the remaining water either as cold water or ice to quickly cool the liquid before adding to the coffee grounds. If there is one beautiful thing about the metric system is that 1 milliliter of water is equal to one gram of water. No one said you couldn’t weigh your water, or ice in this case.

It is incredibly useful when making cold brew coffee to place the coffee grounds in a jelly bag, rather than mixing them directly in the water, making it easier to strain and squeeze out any liquid saturating the grounds. 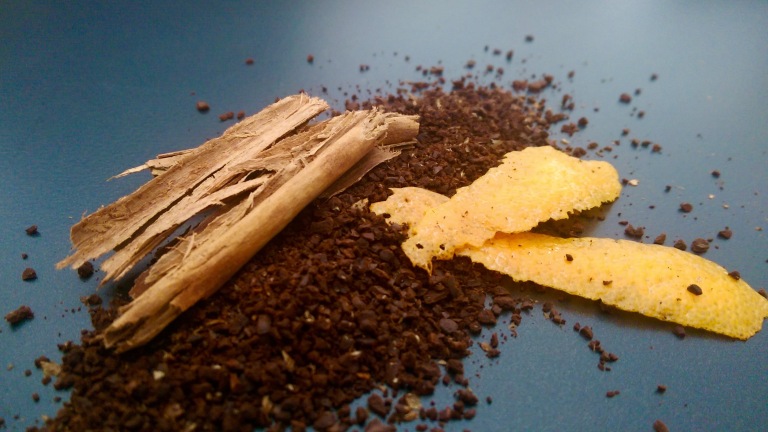 Place 950 ml of water, sugar, orange peel and spices in a pot. Bring to a boil and remove from heat. Allow liquid to infuse for half an hour, then mix with an additional 950 ml of cold water or 950 grams of ice to cool quickly. If using ice, stir well to dissolve completely.

Place coffee grounds, in a jelly bag or directly, in a 1/2 gallon, or larger, container. Pour cooled infused water over grounds, stirring a few times. Cover and refrigerate for 24 to 36 hours. Remove the jelly bag containing the grounds, or strain by lining a fine mesh strainer with a coffee filter or muslin kitchen towel, being sure to dampen either slightly to ensure better stick to the strainer and prevent absorption of the coffee to be filtered.

Best if consumed within five days, and served over plenty of ice.

2 Replies to “How To: Cold Brew Café de Olla”