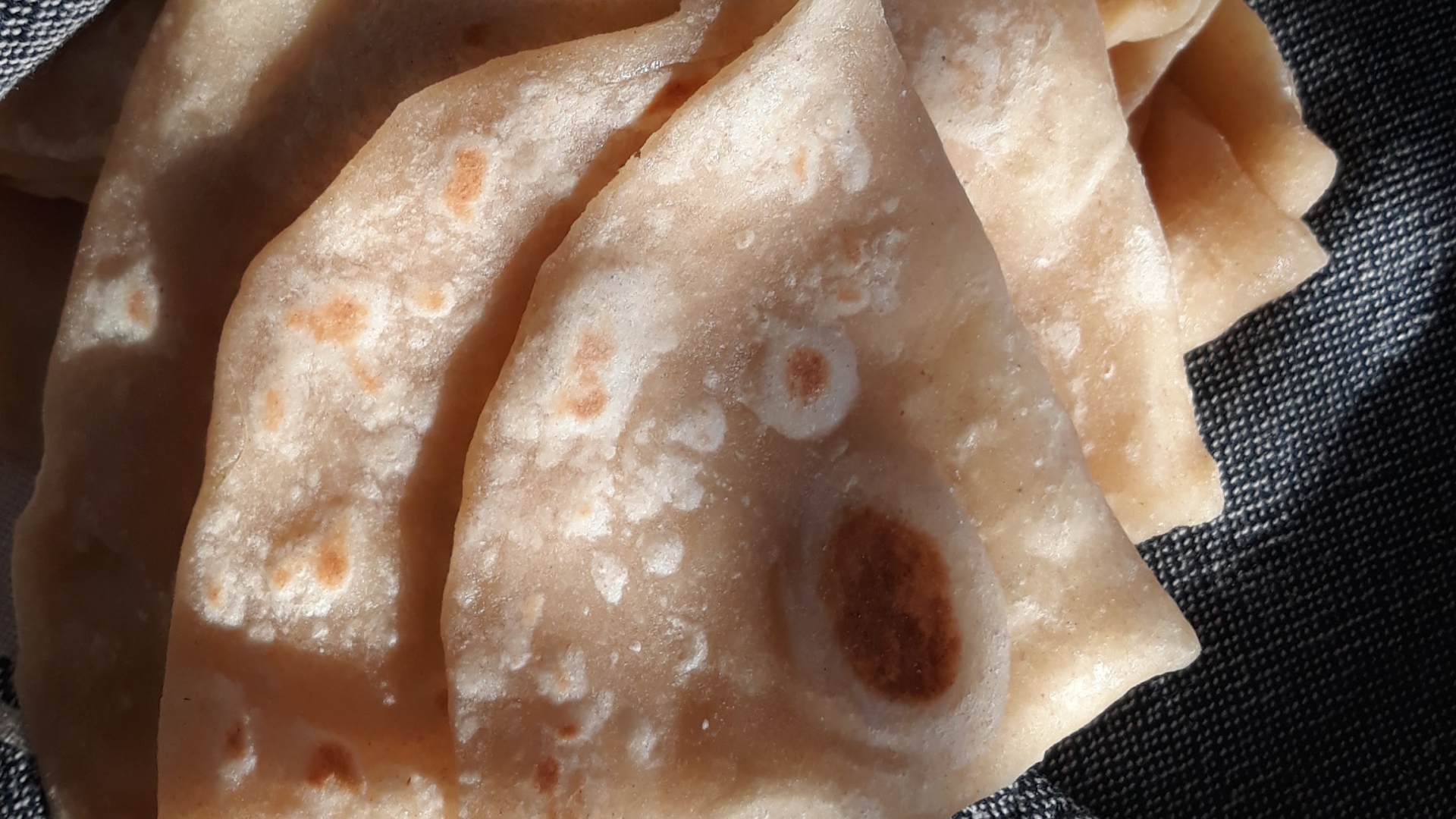 Tortillas are easy. So easy. Which is why they’re so difficult. This is not a contradiction, its the way everything is. In my best Olympic commentator voice I’m saying ‘Oh she makes it look soooo easy.’ Meaning, she’s doing something incredibly complicated but she’s making you think it’s a piece of cake. Cake is simple compared to tortillas. Well, not all cakes, but most cakes. Definitely not a chiffon cake. That cake is a jerk.

I’ve come to realize teaching tortilla making with words is much like my having tried to learn how to knit through a book. I struggled with the witchery of using two sticks to turn a string into fabric for a year, attempting to decipher a 3D still from a flat page. A friend taught me in five minutes.

Working in a bowl, mix the flour and salt well. Add lard, cutting into flour with a pinching motion of the fingertips until gravely in appearance. Slowly add the water, mixing constantly while doing so. The dough should feel just slightly tacky to the touch, but not enough to stick. Adjust with more water if necessary.

Once water has been incorporated, turn the dough out on a lightly floured surface. Knead the dough with the heel of the palm, extending away, folding over itself and turning until smooth and elastic.

Return dough to bowl and cover. Allow to rest for 15 minutes.

Rub palms with a small amount of lard. Divide the dough into equal portions, approximately the size of a golf ball. The dough is easily divided by pinching the desired amount between the thumb and forefinger, and closing them together into a small o.

Continuing to work with greased hands, roll each portion into a smooth ball. Place on a tray and cover with a damp towel. Rest for 30 minutes, giving the dough enough time to become soft and relaxed.

Heat a heavy skillet/comal over medium high heat, testing the temperature by dropping a few sprinkles of water on the surface. If the water bubbles on the surface, it is not hot enough. If it evaporates instantly, too hot. If it forms small spheres and dances across the surface of the skillet, it is just right.

Working on a lightly floured surface, flatten each portion into a disk. Begin to roll out by starting from the center and rolling away, going back to the center and rolling towards. Rotate the disk and keep rolling until the tortilla reaches the desired size and thickness. The working surface should be floured enough so the dough moves freely while working.

The tortilla should be picked up with a sweeping motion of the palm and secured by lightly pressing with the thumb. Lay the tortilla flat on the skillet/comal by reversing the motion.

Cook the tortilla for approximately 10 seconds on the first side, flipping over and cooking on the reverse side until the edges lift from the sides, and if everything goes well, the tortilla will puff up beautifully.

Weigh your flour. End of story.

It’s not necessary to have the lard melted as is shown in the video, that was a result of having the jar next to a simmering pot of beans. Yes, occasionally I do cook beans while making tortillas. It happens. Room temperature lard or melted is fine. Cold lard is not necessary. This isn’t pie crust.

The recipe calls for 2/3 cup of warm water, but this amount can be variable, depending on the flour being used and ambient humidity. If you want to make it easier on yourself, use the same flour every time. I don’t like to make things easier for myself, so will experiment with different flours. The one used here is Bob’s Red Mill. One of my every day favorites is King Arthur, both in unbleached organic flour. Bleached flour may be nice and bright white, but it also has no flavor.

Traditional kneading technique is push with the heel of the palm, fold over, turn and repeat. Everyone will interpret this differently. My own technique tends to be a closed eyes right hand push, left hand push, right hand push, fold, turn, left hand push, etc. Folding is important to keep the consistency of the dough even, so is maintaining a firm enough pressure to push the dough away, but not so firm as to tear it. Find a happy medium of pressure. This is true for any dough being kneaded.

The one part a lot of people miss when being told to knead with the heel of their palm is to think the fingers are no longer involved in the kneading. Go back to the video and and notice what my fingers look like when I first started kneading, and what they look like by the time I’m done. Watch what they do. After cutting in the lard and using a claw position to mix in the warm water, they’re caked with dough. As I’m done kneading, a few minutes later they’re free of dough, all except some small bits on the back of my hand. Even though I’m pushing with the heel, my fingers still grip the dough just enough to guide it and get that dough incorporated into the main body. Dough left on my hands is dough wasted. That’s the dough to make the all important first tortilla I would eat slathered in butter. It’s the most important bit of dough.

Whatever your technique and level of skill, the most important bit is to do it by hand. It’s the only way to understand how the dough should feel, how it should look. Unless your KitchenAid has an artificial intelligence attachment, it will not tell you when the dough is ready. Your hand will.

So knead by hand. Close your eyes and pay attention with your hands.

Resting time between kneading, portioning and rolling is necessary to relax the gluten enough so the tortilla doesn’t bounce back as it is being shaped. Take a break. All of you need it.

The marble rolling pin I am using here is not the greatest for tortillas but it is unfortunately the only one I have at home right now. Great for laminated or pie dough, too heavy for tortillas. I would normally use medium weight wood rolling pin, either American with handles, or a tapered French rolling pin. But really, I’ve also used a very lightweight and bamboo rolling pin with great results. Whatever works for you is right, not what I prefer.

The’s a lot of pressure that comes with making something paper thin and perfectly round. There is a really simple solution to it. Don’t think of it as having to be perfectly thin and round. Make them and make them again. Maybe they turn out square, or heart shaped, or like triangles. Practice makes perfect. Or perfect enough.

The best part of making tortillas is eating the tortillas. I highly recommend slathering a nice warm tortilla de harina with some high quality butter. A good sprinkle of salt, and enjoy one of the great pleasures of home cooking.