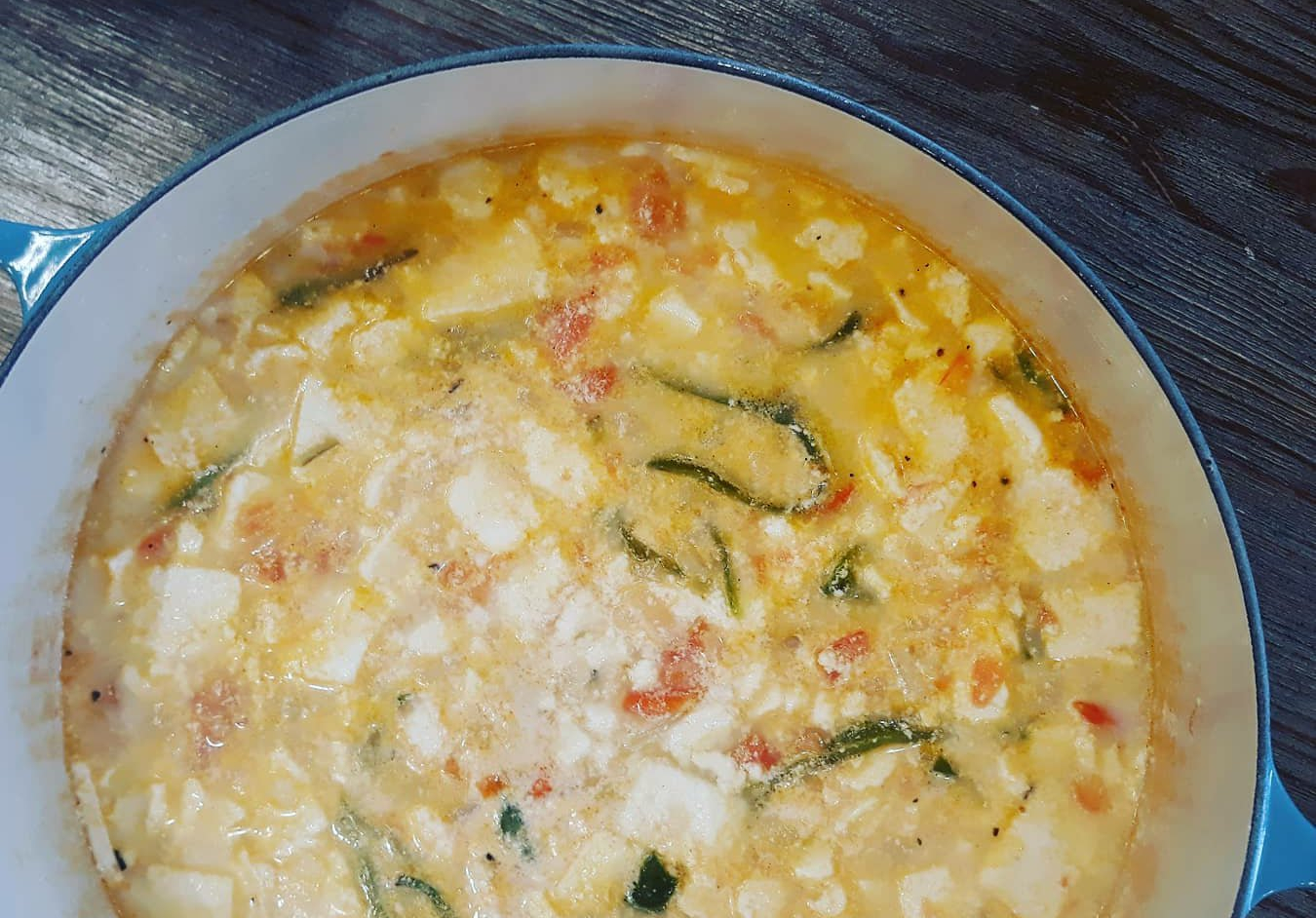 Despite being a place hotter than Hades, the gastronomy of the northern Mexican state of Sonora is full of soups, bowls brimming with caldos, calditos , sopas y sopitas. There is nothing better to help tolerate relentless desert heat than a pot full of simmering soup in the kitchen and a table full of soup bowls. You may sweat like a wooly mammoth for a minute or two, but think of how much better you’ll feel once that sweat evaporates.

I taught this particular favorite Sonoran soup, Caldo de Queso, at one of my workshops at Cooking A-Z in Tubac recently, where one student asked the question, Isn’t queso fresco very unsafe to eat?

Is queso fresco unsafe? I’m not sure, is any food safe? A look through the USDA and FDA issued recall notices is off putting, although the history of food safety in America is fascinating, as told wonderfully in The Poison Squad, both the book and the PBS documentary.

Queso fresco – fresh farmer’s cheese – is traditionally made with unpasteurized milk though commercially with pasteurized milk, and while most the whey has been pressed out, unlike say cottage cheese (aka curds and whey), it is still a high moisture cheese and much more susceptible to contamination before and after the cheese making process, particularly from listeria and e.coli. Neither one of these are horribly harmful to a healthy adult, but can be terrible for immunocompromised individuals, children and the elderly. When a high moisture cheese contaminated with such a bacteria is stored above 41°F for more than two hours such as when sold by a mobile vendor in a Mexican neighborhood or on display at a farmer’s market in a white suburban neighborhood, it enters into the bacterial growth temperature range and into unfriendly territory. Food safety isn’t just a matter of where something is made, at a ranch, a commissary or a state of the art inspected facility, but also a matter of temperature and time. Cook food to above 160°F – the upper end of food born pathogen’s kill zone – and keep it there for at least 10 minutes if the safety of a product is doubted.

But perhaps don’t doubt as easily. Cheese hasn’t killed me yet and it is one of my primary food groups. You’ll be fine.

Notes on the recipe:

One of the wonderful attributes of queso fresco is the ability to hold its shape even when heated through. Be sure to purchase more cheese than the recipe calls for as the salty flavor of the cheese is addictive to snack on while cutting and to account for the cheese’s own seasoning while salting the soup. As the milk in the soup heats up it may form some curds. This could be prevented by cutting the milk with a small amount of heavy cream, yet to me, is part of the appeal of the soup.

Heat a heavy bottomed soup pot or dutch oven until warm. Add enough oil to coat the bottom and add onions, seasoning lightly with salt. Cook onions until transparent and soft, stirring occasionally. Add tomatoes and cook until softened. Add water and milk to the pot and bring to a gentle simmer, seasoning with a good pinch of salt.

Once simmering, add potatoes, cover loosely and cook until potatoes are almost tender.  While soup cooks, prepare the chiles tatemados over a low flame, or in the broiler. Be careful to not overcook the chiles or blacken the skin too much, cooking instead to a dark brown blistered skin. Wrap the blistered chiles in a kitchen towel and allow to rest until cool enough to handle. Clean the chiles using the towel by peeling the skin downwards away from the stem. Cut the stem and open the chile to remove the seed core. If some seeds remain, scrape them away with a paring knife, but do not be concerned with removing every single seed, as these will impart flavor to the soup. Cut the chiles lengthwise into rajas, ¼” wide strips, with a knife or by gently pulling the chile apart.

When the potatoes are almost tender, add chiles and cheese, gently stir the soup and continue to cook until the cheese has softened and potatoes are fork tender. Check for seasoning and adjust as necessary.

One Reply to “Soups of Sonora: Caldo de Queso”