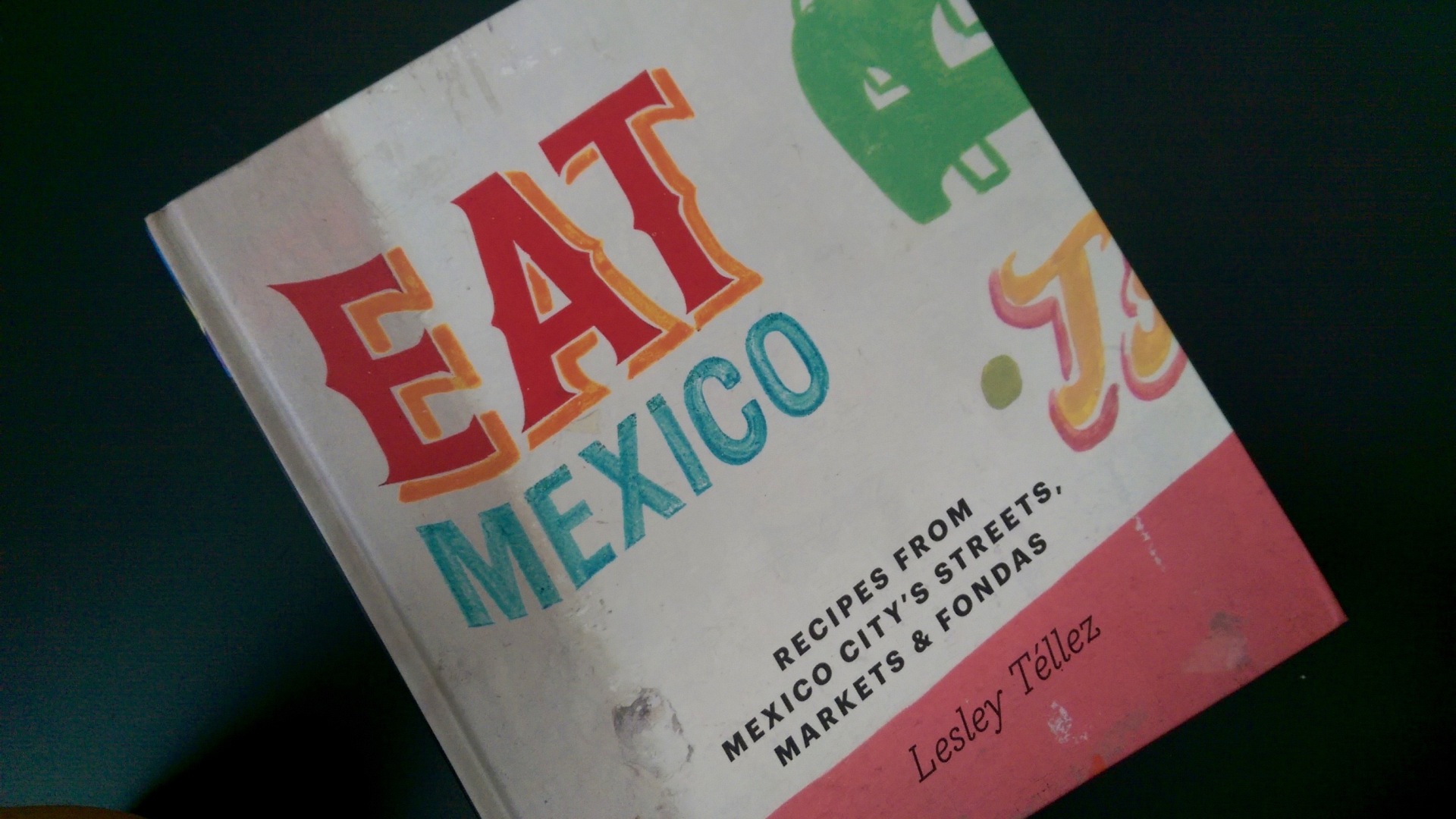 Recently I was asked for advice on what I thought the best Mexican cookbooks were. I was a bit stumped when it came to giving an answer.

The first thing I will tell anyone about Mexican food is that is a highly regional cuisine, which creates a problem for books aiming to cover the entirety of the country in a single volume. The books of Diana Kennedy and Margarita Carrillo Arronte’s Mexico: The Cookbook focus heavily on the food of certain states, Oaxaca, Jalisco, Veracruz and Puebla mostly. Kennedy outright dismisses Mexican seafood as not being exactly worthy of being bothered with (my words, not hers, though the sentiment is hers alone and could not be further from the truth).

There’s no fewer than five taco-centric books being released this fall (including a taco cleanse – I would advice to stay far far away from this one). I can’t say I find any of them exciting; for the most part, if you’ve seen one gringo taco cookbook you have seen them all.

But, all of this leads me to Lesley Téllez and Eat Mexico, newly released and based on her experience of living, eating and cooking in Mexico City, and reads more like a travel journal of her experience, rather than her declaration of having gained mastery over this cuisine in her time there. I’ve kept up with her blog, The Mija Chronicles, on a semi-regular basis, mostly to feed my own love for the food of Mexico City, a place where street food is omnipresent, and sitting down to eat a table is hardly a necessity, though always a pleasant experience. I spent my days in Mexico City eating churros, followed by mango flowers, followed by freshly pressed orange juice, tacos de cabeza, cucumber spears sprinkled with chile, lime juice and salt, more churros… All while stopping only for a few minutes at the most, then walking on.

The U.S. has come a long way towards developing a street food culture, but visiting a place like Mexico City shows just how far mobile food can go. Téllez’ book, beautifully photographed and written from having lived these experiences, rather than merely researched them from afar or from an anthropological perspective, rings the reader into the chaotic, fragrant world of Mexico City’s street food, setting it apart from the new crop of gringo taco cookbooks entering bookshelves.

Yes, the book does include recipes for the type of tacos typically sold by Mexico City street vendors, as well as the expected ‘pico the gallo’ recipe, which strikes me as an editorial decision (‘You have to include pico the gallo in there, no one knows what salsa borracha is!) when compared to the much more interesting sauces otherwise included. But also included are stories of how Mexico City’s food is a unique creature even within Mexico, shaped by the inward migrating patterns of the people from the edges of the nation towards its center, as well as shaped by the immense size of the city itself and the important role of local agriculture has always played.

Most welcome is this book’s inclusion of vegetable heavy recipes, something which will hopefully begin to throw off the misconception of Mexicans being nothing but pork eaters. Nopales, quelites and amaranto (prickly pear paddles, wild greens and amaranth) all get their due in beautiful salads, as fillings for tacos, or in soups. The vegetable heavy Mexican scrambled eggs is beautifully spoken of as a meal created al gusto, to the taste of the customer at a breakfast counter.

Perhaps one of the best parts of Eat Mexico is sharing one of those regional quirks of Mexican cuisine: a quesadilla stuffed with anything other than cheese itself. Half of Mexico seems to agree quesadillas require cheese. The other half, not so much.